I may be preaching to the choir, or more appropriately singing with the audience, but I find that live music can take on an almost religious heir. Whenever a group of people, large or small, gather for the same purpose with a mutual understanding grounded in good vibes and are prepared to exchange energy in a kinetic conversation with the force that has brought them all together, there is the possibility, near certainty, that something special is going to happen. And it is on that basis that I sought to fend off the winter doldrums up here in Maine by way of going to live shows. And it was April that was the toughest because although the weather SHOULD have been getting warmer with the first of spring and all, winter’s death grip took some time to loosen and spring snow showers had me believing, as per Game of Thrones, that I was beyond the wall and the Long Night was upon me. But April brought some great bands up to Maine and New Hampshire and having never seen them before, I decided to employ a new strategy and actively NOT listen to most of the bands’ respective catalogs before the shows in order to discover new music in a live setting with all of the associated energies and experiences. It was by seeking solace in the music that I was able to weather the late storms and finally watch the frost fade into spring.

April 4 – The Suitcase Junket at One Longfellow Square in Portland, ME

The month of warm weather music started with Matt Lorenz AKA The Suitcase Junket in an intimate setting at Portland’s One Longfellow Square, an under-the-radar non-profit venue that seats maybe 100 people between a small balcony and folding chairs in front of the stage. This proved to be the perfect venue to see Lorenz because there are so many moving parts to his performances. A one-man-band as the name may imply, he builds his own instruments from foraged household items. Everything from his trash-picked guitar to the repurposed percussive circular saw blade to the makeshift cigar box-and-animal bone high hat to the eponymous suitcase kick drum from which he sits and maneuvers the rest of his pile, Lorenz has built and brought together the collection of things to give them a new home as instruments. When all is said and done, each of Lorenz’ limbs is doing two things at the same time and that’s no exaggeration. For people familiar with the music of Shakey Graves, I urge you to imagine a version of Shakey Graves that grew up isolated on a mountain somewhere in Vermont without another soul around, possibly with a steadily flowing stream nearby, that being the only other source of noise for miles. Imagine a more rugged, run-down, rag-tag Shakey Graves coming down from that mountain after years of isolation. Having filled the time and air by building instruments from discarded household items and seeing what kinds of sounds he could coax out of them, he then rejoined society, presenting himself as a sort of human octopus, mesmerizing people with his coordination, slightly raspy voice and open-tuned wailings while also mixing in lighter finger picking. Having been introduced to his music through a coworker, I was astounded by live videos and it was a struggle to hold off listening to a full album before the show. However, the wait paid off in full. The amount of coordination and originality that I observed on that stage was awe-inspiring. The rejuvenated household items all contributed to the sound of the performance to the point that I couldn’t envision the show without each individual piece. This was both Lorenz’ first show after a brief hiatus and the release party for his new album Mean Dog, Trampoline. As such, he played the new record in full and sprinkled in some fan favorites, as I learned by all of the people singing along. And with so much going on in each song, it struck me as a surprise that the moments I took to the strongest, were when Lorenz stood up from within his pile, walked to the front of the stage away from his microphone, and communed directly with the crowd during “Wherever I Wake Up” off of 2015’s Make Time and “This Old Machine” off of Mean Dog, Trampoline. They were stripped back, heartfelt moments that gave the purest, simplest glimpse into the man’s musical creativity-his instrument, well main instrument, his voice, and his lyrics. He won me over to the point that I bought three CDs after the show, more than doubling what I spent on the ticket. Oh, and he is his own merchandising staff so I was humbled by the fact that he was the one to hand me the CDs and I was able to thank him personally for the music.

I was so inspired by Lorenz’ performance and his humble, down-to-earth nature that I wanted to cover one of his songs. As the most poignant part of his set in my opinion and being the song that spoke to me most in terms of a deeper meaning, I chose to cover “Wherever I Wake Up” which you can check out in the "My Inspiration For..." tab above.

April 13 – The Wild Reeds at The Stone Church in Newmarket, NH

The good vibes continued flowing the following weekend as a show featuring The Wild Reeds brought me down from Maine to New Hampshire. Having never been to the venue before, I was surprised to see that The Stone Church wasn’t much more than a medium-sized bar with a stage that wasn’t elevated by more than 8 inches from the rest of the floor. And I was psyched about that. Having been introduced to The Wild Reeds’ music by my brother and not delving much further than their NPR Tiny Desk session, I had seen more than enough to pique my interest but not quite enough to know what I was in for. The videos that I had seen led me to believe that the group fronted by Mackenzie Howe, Kinsey Lee, and Sharon Silva were a folky outfit, specializing in beautiful three-part vocal harmonies with some tasteful lead work sprinkled in on electric guitar from time to time. What I could not anticipate was how much these ladies ROCKED. Touring behind their new album Cheers!, most of their set featured new tracks that ventured further from folk and into the territory of alternative indie rock, a genre not generally known for, but greatly enhanced by the aforementioned vocal harmonies musing on life, love, and growing up. The set was divided among the three leading ladies, featuring each fairly equally on lead vocals. Mackenzie Howe incorporated some grit into her tracks with a slight rasp in her voice while Kinsey’s tracks were anchored by her sweet and smooth sounding voice but incorporated more ethereal instrumentation especially on the track “Fall to Sleep” off of 2017’s The World We Built. Although the energy of the sold-out venue matched the emotion at an all-time high when all of their voices came together, it was the pain and raw honesty readily apparent in Sharon Silva’s voice that drew me most to the band. Her range was incredible and, in pushing to its outer limits, she was not afraid to have her voice strain and crack slightly. It only made the words that she sang pierce more directly straight through the soul. Having been introduced to the band with “Everything Looks Better In Hindsight”, it was the song that I wanted to hear most and was the closer for the set, featuring Silva on lead vocals and some of the greatest harmonies of the night. The encore was “Where I’m Going” off of 2014’s Blind and Brave, a song endeared to me by NPR’s Tiny Desk and further so by this live performance. The live renditions spurred me to grab both CDs that featured the songs on my way out and provided the opportunity to talk with the bass player of Valley Queen, California natives like The Wild Reeds and the opening act of the performance. I could feel the “California” resonating through their music and, after a long New England winter, I was deeply in need of such a vibe so I was happy to show my support with another CD purchase. 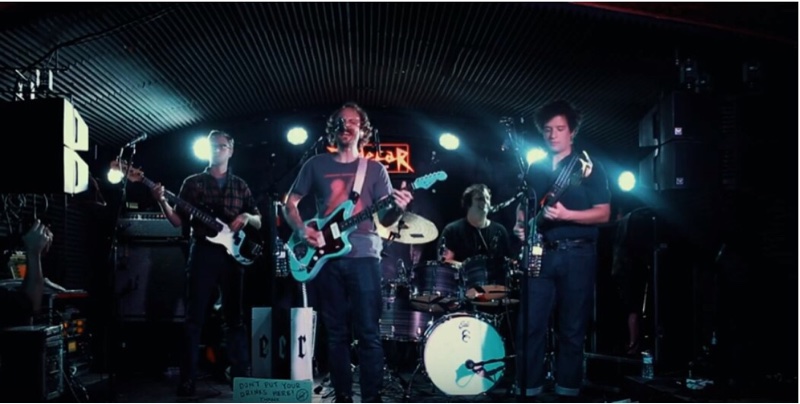 The last show of the month brought me back to Portland, but this time to a much different venue. Having seen shows previously a little further down Congress Street at the State Theatre, I was anticipating a similar atmosphere with a GA-floor and multiple levels of cushioned theater seating. However, what I got was the all standing-room, general admission Port City Music Hall which ended up making for a far more energetic night and was much more compatible with the overall vibe of the band. I was introduced to Deer Tick indirectly through front man John McCauley’s work in the side project/super group Middle Brother, featuring Taylor Goldsmith of Dawes. The first time that I had heard McCauley’s distinct cigarette-and-whiskey-fueled rasp was on the song “Million Dollar Bill”, a track that I initially heard on Dawes’ Nothing is Wrong. Being much harsher than Goldsmith’s melancholic softness, at first I didn’t care at all for McCauley’s voice but came to appreciate it after listening multiple times through Middle Brother’s first and only album Middle Brother. However, the most that I had heard of Deer Tick came from the local independent radio station that played “Jumpstarting” off of 2017’s Deer Tick Volume 2 and “Hey, Yeah” off of 2019’s Mayonnaise. Those two songs could be classified as indie rock with very loose ties to garage rock and southern rock, but similar to The Wild Reeds, my familiarity with Middle Brother led me to believe that I would get a dose of folk as well. I wasn’t quite wrong but, again, I was blindsided by how much Deer Tick wailed. Similar to The Suitcase Junket, Deer Tick was also coming off of an extended hiatus and this was their first show of 2019 touring behind the new album. Their set reflected that, featuring a heavy dose of new songs that had me trying to keep mental notes of lyrics so that I could find them on YouTube for my drive home. Including the new songs, I was surprised at how diverse the set was, incorporating the aforementioned rocking radio hits and bluesy-er tracks like “Bluesboy” and “Look How Clean I Am”, while also mixing in sing-alongs like “Hope is Big” and “Smith Hill”, a short acoustic set, a rendition of “Goodbye, Dear Friend” featuring a solo McCauley on piano, and a cover of “La Bamba” to end the second encore. It was the more touching and somber notes that have sent me down the Deer Tick rabbit hole since the show, but the energy created by the crowd singing and screaming, a respectable effort that could not quite match the dirt and grit that emanated from the band, made this show quite purely a really fun time. With all the singing and jumping around that could be confused for dancing, I finally felt the warmth of the coming spring, but on that night it made me realize more so than anything that a flannel shirt and a knit beanie may have been an ill-advised decision for a sold-out indoor venue.

A Pill for Loneliness - City & Colour Album Review by Chris